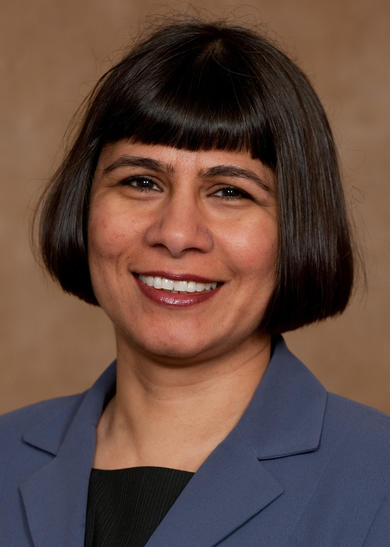 You learn something new every day. For many people, that’s just an age-old saying. For Rachna Shah, professor of Supply Chain and Operations at the Carlson School of Management, it’s a way of life. She sees everything along the way, however circuitous that way may be, as an opportunity.

“I think that you can find amazing people everywhere. People might appear different at first, or you might have a stereotype in your mind, but then you find wonderful people. It doesn’t matter where you go. It’s reassuring sometimes.”

Catarina works in the Department of Neurosurgery. When I asked how she chose this field, she said, “I was curious about the brain early on, definitely in high school, though I probably wasn’t thinking ‘Oh, I’m going to do research about the brain!’ I find memory so interesting, you know, how it ties in to who we are. I think it’s the memory aspect that took me to brain work. The brain always seems to have a little bit of mystery around it.”

Catarina’s research originally involved using neuroimaging in surgery patients with multiple sclerosis. As different opportunities arose for postdoc assignments, she shifted her focus to epilepsy and Parkinson’s disease. Catarina uses neuroimaging methods (MRIs, EEGs, and intracranial recordings) and biomarkers to help improve surgery outcomes. She explained that, in her work, a biomarker is something that indicates a change, and can be measured before and during surgery, directly from the brain of the patient. She said the techniques are always changing because of research (“The Center for Magnetic Resonance Research here on campus is an amazing hub!”) so she’s always looking at what can be done with the new techniques and how they can be useful in the clinical setting.

I asked if, should she move again to a new location, might her focus of research change to another set of symptoms or diseases? “No, but not for lack of interest, she said, “as I’m very curious about other applications. If I moved away from epilepsy and Parkinson’s though, it would end up being a break in my career path and expertise, especially at the early stages. If you keep changing your study topic it becomes hard to build a network and track record.”

Catarina’s path to involvement in University Senate governance started when she joined the University of Minnesota Postdoctoral Association (PDA). Participating in the PDA allowed her to meet people in this new setting, widen her circle of acquaintances outside of the research lab, and advocate for changes that she and other postdocs felt could benefit their situations at the University. Through PDA she learned about University Senate governance and that there were positions on several University Senate committees for postdocs. She eventually was appointed  to the Senate Committee on Academic Freedom and Tenure.

“I find it’s really interesting to be involved, to better understand what goes on around you, to have a say in it, as you represent another group.” She said usually postdoc training is meant to prepare people to become faculty, where, all of a sudden, they are expected to participate in governance and service but it wasn’t something that was required of postdocs. “So how do you build this interest and experience? Being on a committee as a postdoc is a good stepping stone. I like being involved in the University and learning how a higher education machine works.”

I asked Catarina if she had any hobbies, fully expecting her to say she simply didn’t have time for them. Instead, she told me about an article she had read recently that described how vital it is for people in academia to have hobbies. “In academics and research, the cycle for working on a project and completing it is such a long, long cycle. So it’s important to have hobbies that you can complete in a shorter amount of time, with tangible, almost immediate results.” Catarina said that hobbies are like a reset button for her. She loves to read, and to watch movies at the theater because she enjoys “being in the zone” with the rest of the audience. She recently began knitting, too. When asked what her favorite book is, Catarina said it would be so difficult to choose. She asked, “Well, can I pick The Lord of the Rings Trilogy? I know it’s three books but can it count as one? It captures so many things that I enjoy.”

Maybe one of the reasons Catarina finds amazing people everywhere is because of how she looks at the world, and the people in it. As she negotiates the interesting spaces where methodology and clinical settings overlap, she returns again and again to the idea of the mysterious brain. “The brain is always a little mysterious,” Catarina mused. “Maybe we just don’t know what the mysteries are yet.” 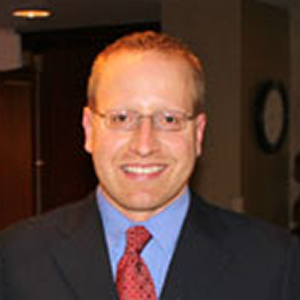 Navigating the student conduct process to report another student for assault, or to defend against sexual misconduct allegations can be confusing, terrifying, and time-consuming. Kevin Dostal Dauer was aware of the challenges students face when he accepted an appointment as co-chair of the then newly formed Student Sexual Misconduct Subcommittee in 2016. 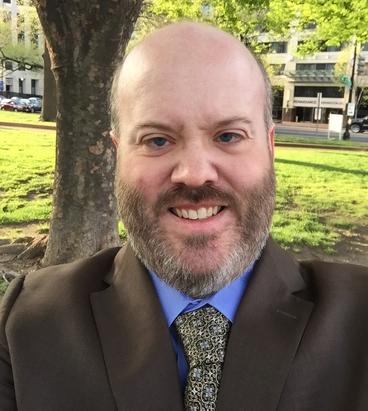 Ryan Machtmes likes to say he grew up in academia. While his mother attained an A.B.D. in crop physiology and her Ph.D. in research methods in education, the family moved around a lot, but always in proximity to a college campus. Machtmes holds a masters degree in applied statistics and is now on track to become a second-generation Ph.D. His participation in University Senate shared governance includes membership on the Disabilities Issues Committee, as well as the University Senate. “I’ve always been strongly committed to service work and servant leadership,” Machtmes said. Click the link to read more.

The Twin Cities Delegation of the Faculty Senate held a special meeting in October to discuss liberal education. The regular University and Faculty Senate meetings were held concurrently in November. Click on the link to read summaries of each meeting.

The Civil Service Senate Communications and Outreach Subcommittee, along with the Office of Human Resources, is hosting a brown bag session for Civil Service members to discuss important changes to open enrollment, which runs from November 1 to November 30, 2017. Specific updates include changes to short-term and long-term disability providers, and a new Flexible Spending Account (FSA) vendor. Come join us for an explanation of these changes, and learn what they mean for you.

The session will take place on Tuesday, November 14, 2017 from 12 p.m.–1:00p.m. in Room 1130 at the Mechanical Engineering building on the East Bank. Please bring your brown bag lunch. Beverages and cookies will be provided.

If you plan to attend, please complete this form to register, as seats are limited.

Must be a current member of the faculty or staff who has personal knowledge of the nominee's contribution/impact, length of service, and examples of how he/she has inspired others to serve in University Senate governance.